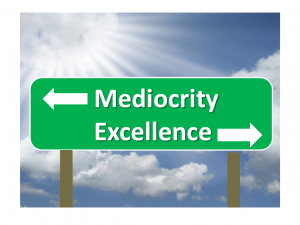 I’m sure you’ve noticed, we’ve had a few different blog authors these past few weeks. Why is that? It’s because we believe in stretching our team members. At 3GEngagement we are blessed to have one of the best digital marketing teams around and we want to showcase them!

You see, it’s important that people see you, not as a dealership, or some other business, but as a group of individuals that happen to work at a dealership. In other words, it’s all about making people (people being the community you are wanting to connect with) feel like you are one of “us” instead of one of “them.” There is a huge difference in the two.

But, in order to do that you must believe in your team. You have to give them a certain level of “go ahead.” That is, you must allow them to be them, you must trust in both their abilities and their desire to help make the company great. If you don’t then maybe you need to take a closer look at your team, yourself, or both.

At 3GEngagement not everybody feels comfortable with putting themselves out there. While I feel that each member of the team is invaluable not all of them are comfortable with blogging. That’s why it is my job, Chris Hansons job, and the job of the other team members to help stretch each other. To ensure that each one of us are living up to our own greatness.

Take Collin Burton as an example, he is one of our talented graphic designers/ web developers and is a self-titled introvert. He isn’t comfortable in front of people but is working on that by going to BNI meetings and giving speeches. I’ve pushed him to blog and while the first one took him some time to “get around to doing” he is already on his third one and has already been published in a big newsletter, as well as shared countless times on forums and in Twitter, on Facebook and LinkedIn.

Josh Donaldson, our production manager, who just published his first blog post, took the longest to write his. It’s not because he doesn’t have anything to share, quite the contrary, Josh has a ton of things to share and does it very well, but he was a little worried about putting himself out there. A good thing to remember is that the first one is always the hardest and in hindsight you will see that it wasn’t all that hard.

I can bring up other in-house examples but the point is that in order to bring out the greatness in your team you have to push. You have to stretch, you may even have to prod a little but that’s what your there for… right?

A company that blogs together stays together. Did I just say that? Let me read that again… yes, yes I did. A little cheesy I know but the whole idea behind what I am talking about is a team effort. It’s about each person being part of the greater team. By stretching your employees and helping them to create their own personal brand you will be going a long way to not only creating more business, but employee longevity.

In order for this to work you have to actually like the people that work for you. You have to think of your position as more than a position. As John C Maxwell says, leadership is a verb, not a noun. What that means is that leaders act, they lead from behind by putting others first, but they also lead from the front by doing and showing.

Ralph Waldo Emerson said, “A great man is always willing to be little.” I bring that up because in order to be truly great you have to be willing to make others great. I’ve seen it time and time again where so called “leaders” want all the credit. They want to be seen and known for all the greatness that their company has achieved, when in fact, it was their team. It may not have gone this way but behind every great person is an even greater team. Believe it, live it. Your team and your bottom line will thank you.